For a better experience on Bahamas Institute of Business & Technology,  update your browser. 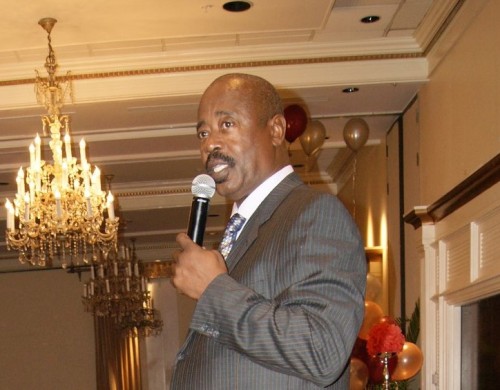 I am particularly honored for this opportunity to say a few words on this occasion of our first annual distinguished alumni banquet.

Let me first say, I’m not sure why it has taken us so long to recognize the extraordinary professional achievements and individual contributions of our alumni but I do want to extend special appreciation to two alumni Mr. Ricardo Smith and Mrs. Sharon Rolle for their efforts in bringing this banquet to fruition. (Please give them a hand for their efforts).

They have worked tirelessly and made every effort to ensure that this event became a reality. I know that it wasn’t an easy task, particularly when it had to be postponed from the spring to now. Even some of the nominees did not persist and lost confidence along the way. But they never gave up. They kept up the fight and here we are tonight. I applaud them for their efforts and similarly praise all of the members of the banquet committee who worked along with them to make this event a success.

To the distinguished alumni, congratulations! We have come a long way from those initial days back in West Avenue, Centerville and even if you joined when we relocated to Bernard Road or Palmdale you felt our every pain. You were there during the highs and the lows and you gave us the confidence and strength to continue our mission.

In the beginning Success Training College was just an experiment. There was no blueprint but we knew that the status quo was not acceptable and had to be disrupted. Up to now, conformity excluded many aspiring Bahamians from achieving their career goals. Hence the establishment of the first privately owned tertiary level institution in the Bahamas became a national imperative. Amidst many challenges and skepticism, the college flourished and disrupted an exclusionary system that prevented many aspiring Bahamians from achieving their full potential.

As honorees in this first distinguished alumni banquet, you were among the thousands of students who came to participate in this noble experiment. Your faith and courage to join this academic enterprise at a time when many doubted its viability is nothing short of heroic. Your spirit of sacrifice and desire for individual success put you in a class of people whose nonconformity and disruption changed the world. You knew exactly what you wanted to achieve and were willing to explore and pioneer all options to reach your goal. You were not timid in spirit but like the Apostle Peter in the New Testament story you were willing to walk on water if that led to your eventual success

Albert Einstein is known for the discovery of theory of relativity. He disrupted the widely supported traditional quantum mechanics theory of physics. Rosa Parks was a catalyst for the Civil Rights Movement in the United States because she went against the discriminatory of Jim Crow by refusing to sit at the back of the bus. Much to the consternation of the whites she disrupted the status quo and added much needed spark to the fight the civil rights of Blacks in the United States. Similarly, Nelson Mandela, the former president of South Africa spent many years in jail resisting apartheid. His passion, determination and strength to resist disrupted this inhumane system and ultimately won many rights for blacks in their homeland.

While your quest continues, in many ways your revolutionary spirit is tantamount to the zest and determination displayed by disruptors like Einstein, Parks and Mandela. You are visionaries with the inner zeal to go after your goals and bring your vision into reality. Certainly your selection as honorees in this first group of distinguished alumni is a true testament of your many achievements and your continued contributions to the growth and development of our country.

You have conquered doubt and fear and have progressed steadily towards the pinnacles of greater success. You have triumph over weakness and have put away all selfish thoughts in pursuit of your professional goals and service to mankind. You have overcome many obstacles and achieved much in uplifting those of us who struggle to meet the demands of an increasingly challenging existence. You are honest in your dealings and your spirit of generosity and kindness towards your fellowman persist in all of your deliberations. Your sacrifice, your vision and your tireless efforts to achieve have distinguished you as extraordinary alumni of Success/BIBT. I congratulate each of you and wish you continued success in your professional and personal pursuits.

Thank you and good evening